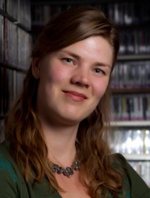 Producer and Co-host, Marian is a media activist, musician, sound artist and has been involved in radio for over 12 years, hosting shows and contributing sound art and radio documentary pieces to sound festivals, art galleries, CBC Radio, campus/community stations across Canada (primarily CFUV, CKUT, CHLY), WINGS, and on numerous pirate radio stations. She teaches in the Media Studies and Women's Studies departments at Vancouver Island University, has been published in print and online, performs in the multimedia project Meridian and played in the band Puzzleroot. Her most recent publication is the anthology, Islands of Resistance: Pirate Radio in Canada (co-editor; New Star Books 2010). 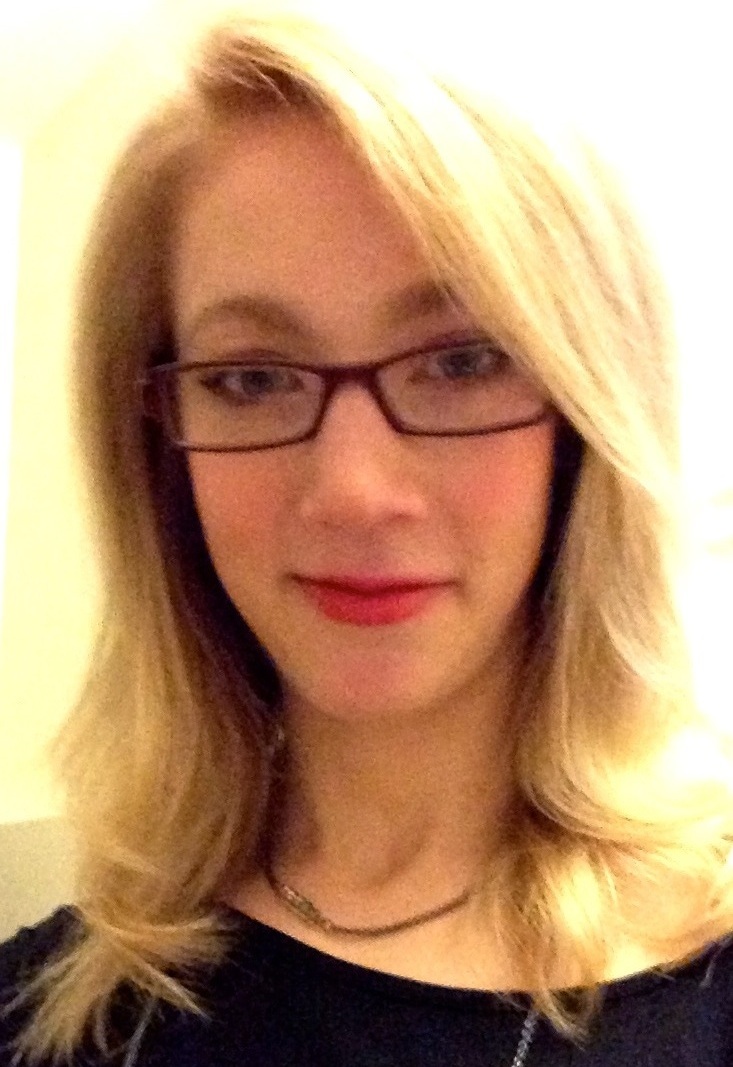 Emily, Technical Producer and Co-host (April 2013 - present), is a third year Digital Media Studies student at VIU. Though new to world of radio, Emily hopes to enter a career in broadcasting upon completion of her degree. Outside of school and work, Emily has a strong passion for fitness and nature. She is passionate about movies and is often providing movie reviews under the moniker: The Buffest of Film Buffs. 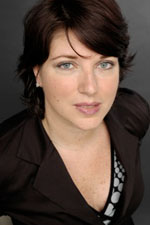 Joy, host of Books & Bytes, oversees the citizen journalism magazine Orato.com and teaches publishing and digital media at VIU, Ryerson and SFU. She has edited 2 print magazines and over 100 literary titles and operates Chameleon Consulting. She has written weekly book reviews for 3 major dailies, hosted segments since 1990 on CBC, CKCU and Bravo! and juried Canadian grants and awards. She is completing her PhD in Communications.

Books & Bytes looks at the brave new world of multi-platform publishing in today's hybrid times - post-Gutenberg but pre-digital domination. Tune in for interviews and reviews of ground-breaking works in print, audio and e-books, and zines on and offline, and hear from authors and key media figures across the globe and the Web who are pioneering new media frontiers. 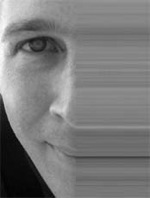 Robin studied Double Bass and Music Technology at McGill's Schulich School of Music before joining the staff of VIU's Media Studies Department. His interests include the utilization of the human voice in auditory storytelling, sound design for visual art, the construction and use of software-based musical instruments for live electronic music performance, and helping others embrace technology for use in their creative endeavours. Robin's sound design and remix work can be heard on releases from Phoenicia Publishing, Six Records, Maple Music, Ad Noiseam, and Sunchaser Pictures.

Further Excerpts from the Aural Machine

Further Excerpts from the Aural Machine is an auditory blog which explores the technical methodologies and creative possibilities of digital audio production. Aural, the new Machine that everyone wants, collapses time and space, you see, so the ear can now be coupled with sound waves from the other side of the world, from the past, the present, and the future. 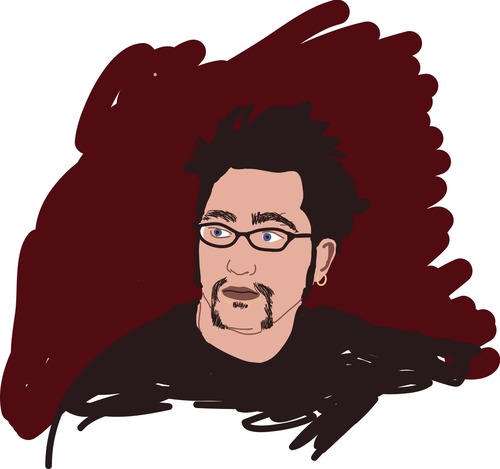 Johnny Blakeborough has been involved with radio since 1998 when he was one of the first board members of the Radio Malaspina Society. He is currently a Media Technician at Vancouver Island University where he helps faculty, staff and students create audio/visual projects for teaching and learning. He is a certified Macintosh Technician and has been the System Administrator for the Navigator Newspaper since 1998. Johnny is the Director of the Vancouver Island Short Film Festival which he co-founded in 2006 to help local artists and filmmakers showcase their work. Follow Johnny on Twitter @bluefacedbeast 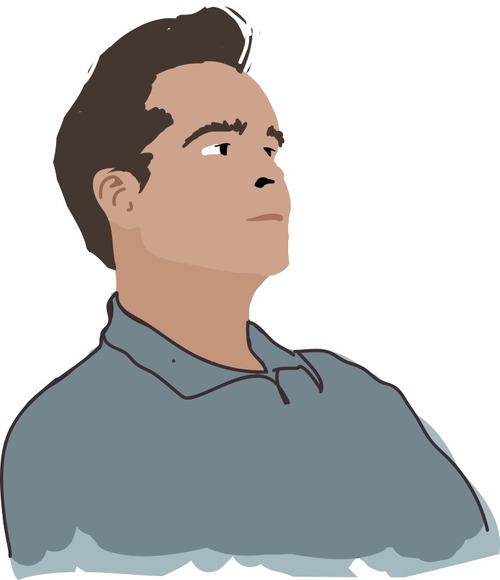 Brendan "Beej" Dery loves being behind a microphone. He hosts improv shows with Synaptic Chaos Theatre, sits on podcasts for tiltyhouse.com, has done media-education interstitials for Access Network in Alberta, and worked as Director of PR for Animethon, Canada's longest-running Japanese animation festival. Beej has worked as a Support Analyst for several colleges and cities in Alberta, and he's currently the Computer Services Clerk for the Olds Municipal Library, educating the public on a wide range of technology issues. Follow Beej on Twitter @tuxbeej 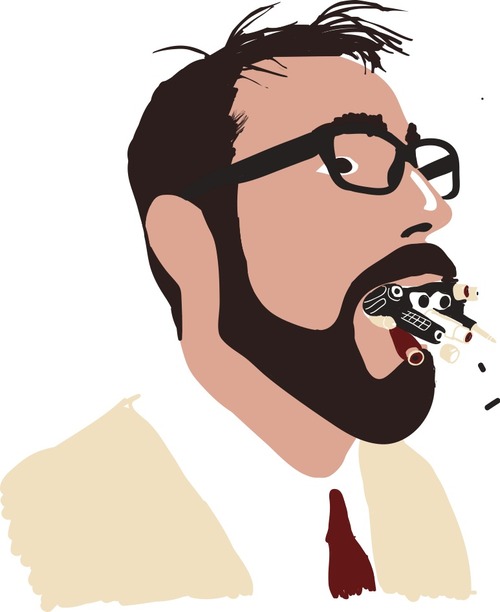 Ian Horner has been broadcasting not-quite-live from the crystal gondola of the palatial main tiltyhouse.com studios since 2005. Starting with Dai-Cast, a show on Japanese pop culture from a western perspective, Ian has posted and produced numerous shows focusing on the intersection of entertainment and education. Ian currently serves as the Communications Manager of the Rupertsland Institute, a Metis Centre of Excellence, providing employment, education and training opportunities to Alberta Metis. Follow Ian on Twitter @ihorner

Top Tech with the Most Powerful Men in Canada

Top Tech is a technology segment by the Most Powerful Men in Canada produced for Be the Media on CHLY 101.7 FM Vancouver Island. Go directly to their website at: http://toptech.tiltyhouse.com/ 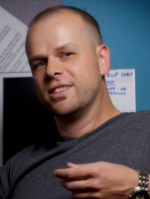 Niel, past Technical Producer and Co-host (Oct 2010 - April 2013), is a fourth-year Digital Media Studies student at VIU. Before returning to school in 2009, Niel spent many years in the audio industry as a radio and club DJ, an audio engineer and music producer for which he was twice nominated for a Juno award. Some of his interests include media history, propaganda, advertising, and the appropriation of technology to create new art forms. Niel was recently awarded the CanWest Global Communications Scholarship for academic excellence. He was also the co-winner of the Gerry Schroh Memorial Award. 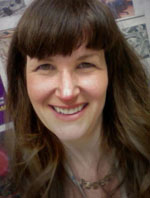 Television Through This Mother's Lens

Television Through This Mother's Lens is a look at television shows, trends, and genres past and present from the perspective of a parent interested in promoting media literacy skills for adults and children and building dialogue among family members about the medium and the message of TV then and now. 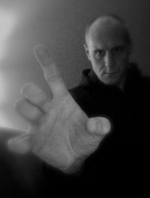 Kevin's artistic practice is conceptually driven, shaking loose perceived limitations of any one medium in favour of the 'Idea'. This path has focused on numerous disciplines including printmaking, sculpture, written and spoken word, as well as 3D modelling and animation, and video-based performance. After completing his MFA (specializing in New Media) Kevin taught for the Faculty of Fine Art at the University of Calgary. Currently he teaches sessionally for VIU in the departments of Media Studies and Art & Design.

Paparazzi Trigger Finger translates fragmented short stories into audio performances for radio broadcast. Each episode of PTF consists of two original fictions presented as if excerpted from a larger (equally fictitious) work. Through broadcast, these episodes made up of fragmentary stories, become the larger work.